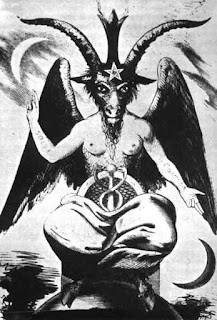 Some modern scholars say that Satan is not a real person.

They claim that he was merely created in the imagination of men!

Is Satan a real person? If so, where did he come from?
Is he the unseen power behind the problems plaguing our world?
As there is a lot to tell about this creature, this article will give answers to these questions.

The Bible describes Satan as a real person who exists in the invisible spirit realm.
It tells us about his vicious and ruthless qualities as well as his evil actions.
It even records conversations that Satan had with God and with Jesus.

Where did such an evil being come from?
Long before man existed, God created his “firstborn” Son, who eventually came to be known as Jesus.
In time, other “sons of God,” called angels, were created. All were perfect and righteous.
However, one of those angels would become Satan.

Satan was not his given name at the time of his creation.
It is a descriptive name, which means “Adversary; Enemy; Accuser.”
He came to be called Satan because he chose a life course in opposition to God.

Feelings of pride and rivalry toward God grew within this spirit creature.
He wanted others to worship him.
When God’s firstborn Son, Jesus, was on the earth, Satan even attempted to get Jesus to “do an act of worship” to him.


Satan implied that God was a liar, when, in fact, he was the liar.

He told Eve that she could be like God, whereas he wanted to be like God.
And through his deceitful ways, he achieved his selfish desire.

To Eve, he made himself higher than God.
By obeying Satan, Eve accepted Satan as her god.


By fomenting rebellion, this once trusted angel made himself Satan—an adversary and enemy of God and man.
The designation “Devil,” which means “Slanderer,” was also added to this wicked one’s description.
This leader of sin eventually influenced other angels to disobey God and join his rebellion.
Now known as Demons (Will be discussed in future article) .

A criminal may wipe his fingerprints from the crime scene in an attempt to leave no trace of his identity. However, when the police arrive, they realize that if a crime has been committed, there must be a criminal.

Satan, the original “manslayer,” tries to leave no trace of his identity.
When speaking with Eve, Satan hid his identity behind a serpent (Snake). He is still trying to hide today. 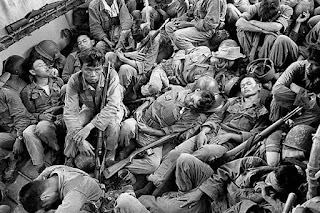 He “has blinded the minds of the unbelievers” so as to conceal the extent of his powerful influence.

However, Jesus identified Satan as the criminal mastermind behind the corrupt world we live in.
He called him “the ruler of this world.
” (John 12:31; 16:11) “The whole world is lying in the power of the wicked one,” wrote the apostle John.
(1 John 5:19) Satan effectively uses “the desire of the flesh and the desire of the eyes and the showy display of one’s means of life” in “misleading the entire inhabited earth.”
He is the one whom mankind in general obeys.

As was the case with Eve, those obeying Satan, in effect, make him their god. Hence, Satan is “the god of this system of things.” (2 Corinthians 4:4)
The effects of his rule include hypocrisy and lies; war, torture and destruction; crime, greed and corruption.

“The Devil’s deepest wile,” wrote 19th-century poet Charles-Pierre Baudelaire, “is to persuade us that he does not exist.”

If you belief in God and the Bible, then there is no excuse not to belief in him.

It is vital that you accept the reality of Satan’s existence and accept the protection God is giving you.
If you do accept God, He will protect you, and Satan will be no match.

If you still do not belief that Satan the Devil is a real... Then he is succeeding.

Posted by Cyberator at 7:44 PM

Email ThisBlogThis!Share to TwitterShare to FacebookShare to Pinterest
Labels: Bible

Older Post Home
Subscribe to: Post Comments (Atom)
Welcome to The Horror Tree! This website is all about paranormal stories, urban legends and other bizarre and scary stuff. And what is the truth about them! This website contains extreme content matter which most will find disturbing. Viewer discretion is required and advised. For more information about this website read "About"